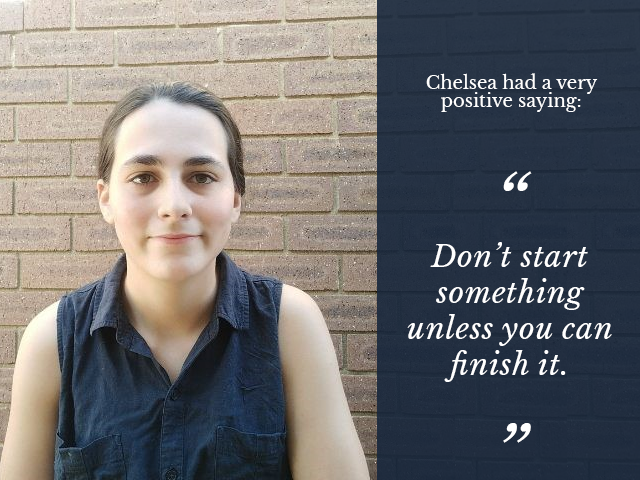 Chelsea Dempsey was studying hospitality in Year 11 and dreaming of opening a café with her fellow classmates when family circumstances changed everything – her home, her school and her future.

“I got into a bad crowd and ended up dropping out. I was on a really bad path and not going  anywhere,” she said

When Chelsea finally turned her back on that world last year, the 20-year-old had little in the way of work experience. Her ability to find a job was also affected by the fact she helps care for three young children.

“I need to be there for them because my family wasn’t there for me; my nephews’ dad is like a real brother to me,” she said.

But Chelsea was also determined to forge a new path and that meant getting a job. She had already completed a Certificate III in Civil Construction, obtaining four tickets, and was regularly catching up with her Transition to Work case manager at TAG’s Morley office.

It was here she met TAG Employer Account Manager, Carmen Ngo, who was immediately struck by the young woman’s “golden attitude”.

“Chelsea had a very positive saying, ‘don’t start something unless you can finish it’, which was evident in the commitment and dedication to complete her certificate,” Carmen said.

She thought Chelsea’s can-do nature would be a perfect fit for Baiada Poultry, one of the employers TAG works closely with, and encouraged her to apply.

“I would not have been able to do it all without TAG’s support,” Chelsea said.

“You have no idea where to start with resumes and cover letters, all the paperwork, and  then talking to the employer, which Carmen did.”

Chelsea started work in Baiada’s Osborne Park processing centre just before Christmas last year and, while working in the refrigerated zero-to-five-degree temperatures all day took some getting used to, Chelsea has already become a valuable team member.

She even referred her brother for a job and, while he is still settling in, between them they ensure the children are looked after.

With few adult role models growing up, Chelsea is determined to not only create a better future for herself but to be a positive role model for her nephews.

“I can actually afford to go out and do things with the kids and it makes things a lot easier to pay the bills, too. This is all about making better choices,” Chelsea said.