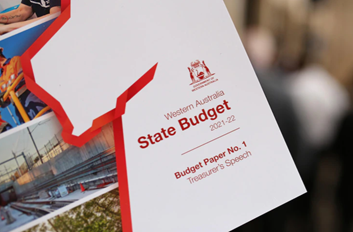 WA Treasurer and Premier Mark McGowan unveiled a $5.6 billion surplus in the 2021-22 State Budget earlier this month — the largest in WA’s history. This has been directed towards a range of measures supporting the creation of new jobs and the diversification of the economy, including $121.4 million to fund training initiatives, such as 300 new building and apprentices working on State projects through private training organisations.

WA’s unemployment rate remained at 4.6 percent in August, the same as July, and 0.1 percent higher than the national average. There was an increase of about 12,000 people in jobs to 1.423 million in August, marking the fourth monthly increase in a row. WA’s participation also experienced a slight increase in August, rising 0.5 per cent to 69 per cent, the second highest in the country after the Northern Territory.

The theme of Adult Learners Week 2021, held in early September, was Change Your Story — promoting the idea that people can take their lives in a new direction, make a fresh start, and create a new future through adult education. President of Adult Learning Australia Annette Foley said that adult education is a terrific pathway for those who have undergone a “transition” in their lives that calls for new skills or understanding. Read more here.

The State’s first Regional Skills Summit took place in Bunbury on 30 August, with more than 40 business leaders, peak bodies, unions, government agencies and training representatives attending to discuss the workforce development needs of regional WA. A second summit was held in Northam on 13 September, with a string of other forums set to take place across regional WA in coming months.