Digging in – forging a career with guidance and resolve 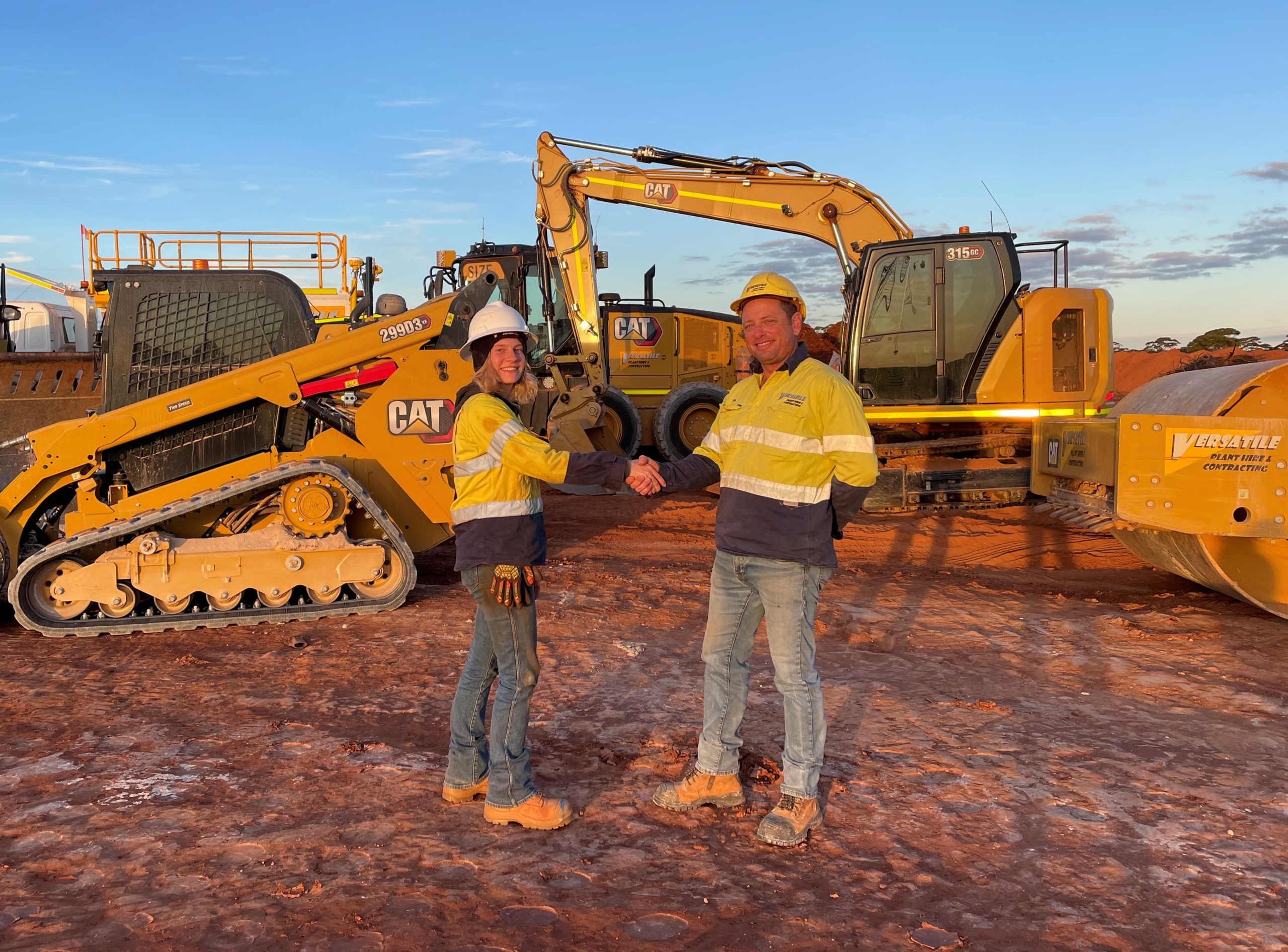 Digging in – forging a career with guidance and resolve

At her school in Kalgoorlie, Tayla Falls was a straight-A student. She was fascinated by the mechanics of how things worked, pulling things apart and reconfiguring them, wondering if being a diesel fitter or another science, technology, engineering or maths (STEM) career might be a good fit for her.

Then Tayla’s world was changed by persistent and toxic bullying at school and by Year 9 she knew what she had to do.

“The bullying was affecting me – it was horrible – but I knew I could remove myself from it, take control and forge my own path,” she said.

Tayla says her determination helped her complete a Certificate I in Engineering before enrolling in a Certificate II in Automotive at Kalgoorlie TAFE. Eventually she was referred to the Training Alliance Group’s (TAG) specialist Transition to Work program which, for the strong-willed and talented 15-year-old, was the key to unlocking her career path.

Training Alliance Group’s Career Advocate, Ellen Wihongi, who coached and mentored Tayla on each step to employment as part of the Transition to Work program, said the rewards went beyond training and employment placement.

“Tayla has faced many barriers in her life, but she always finds a way to overcome them and follow her ambitions,” said Ms Wihongi.

“As a female searching for work in male-dominated industries, she was told she couldn’t handle the work because she was a woman. Well that just fuelled her determination even more.”

Tayla’s skills, resolve and attitude impressed Phil Yates, owner of Versatile Plant Hire and Contracting, who gave her a three-month probationary period which led to a traineeship and Certificate III in Surface Extraction Operations.

“That was a first for us, but was really just the beginning because we could see the benefits of the training in letting Tayla’s potential come to the surface,” said Mr Yates.

“Tayla has since completed a Verification of Competency for multiple pieces of machinery, including a track trencher, excavator, dump truck and roller, and I understand she has had a career coach to support her along the way which I think is important.”

It’s a long way from wondering where her skills and interests would take her from Year 9 at school to a career based in her home town working with peers and mentors.

“For me, the best part of being here is the opportunity to continuously learn and upskill in different roles, with the support of my crew, TAG and an awesome boss like Phil,” said Tayla.

“I think there’s a lot of mutual respect, which is important to me. Ellen from TAG believed in me and so did Phil. I remember him telling me, ‘If you do right by me, I’ll do right by you’ and we all follow that rule.”

TAG Director Bala Suppiah said Training Alliance Group provided trainees with pre- and post-placement support, offering employment guidance through a Career Advocate matched to the needs of each candidate through their Kalgoorlie office and 17 other facilities.

The Transition to Work program is funded by the Australian Government and is aimed at helping young people aged 15 to 24 years obtain the practical skills to find employment and develop a career with ongoing support.