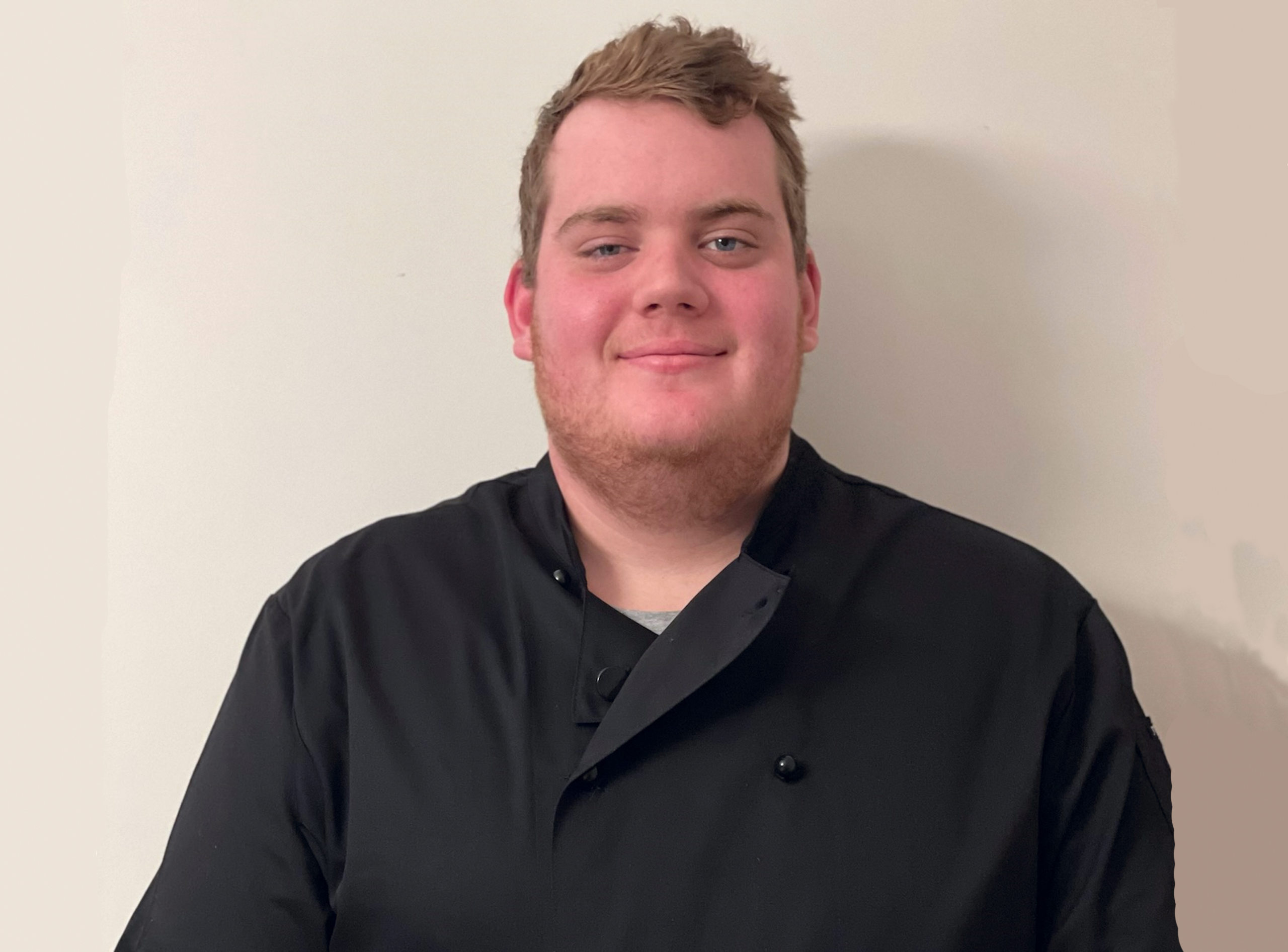 When Angus Walmsley came to TAG’s Transition to Work (TtW) program, he wasn’t expecting it to be much more than another exercise in ticking boxes.

Instead, the 20-year-old has walked away with an apprenticeship in his dream career as a chef.

“I felt this was the first place I’ve been to that was actually interested and invested in helping me succeed,” he says.

“I saw that they really wanted to find me a job, so that motivated me to put in the effort and put in the time to really get myself on track.”

His TtW career advocate, Amber Robson, helped him find work as a kitchenhand at a restaurant in Mt Hawthorn while they talked through his hopes for the future.

Originally from Queensland, Angus moved to Perth and discovered that his childhood love of cooking meshed well with his time in hospitality. That helped strengthen his desire to make it a career.

When the restaurant was unable to offer him an apprenticeship, Angus and Amber looked at other opportunities together, with the career advocate helping him to write applications and prepare for interviews.

Within a short time, Angus started at Quarter Acre Hotel in Applecross, signing the paperwork for his apprenticeship earlier this month.

“I just love it,” he says. “I’m already doing service on the fryer section, doing the chicken parmis, the fish and chips, the crab tacos, and all the chips for the meals.”

While Angus believes in “putting in 100 per cent effort all the time”, Amber has been a constant source of support throughout the process.

“I feel like she’s quite responsible for my apprenticeship really. She was always very motivating, always checked up and she made sure I was still excited and inspired by the work,” he says.

In July, Angus will start a Certificate III in Commercial Cookery at South Metro TAFE, which will support his on-the-job training at the Quarter Acre.

Undeterred by the hard yards required to finish the four-year apprenticeship, Angus has his sights set on a new horizon – or far horizons, perhaps.

“My goal is to get qualified, work really hard and then be able to travel the world as a chef on a cruise ship,” he says.