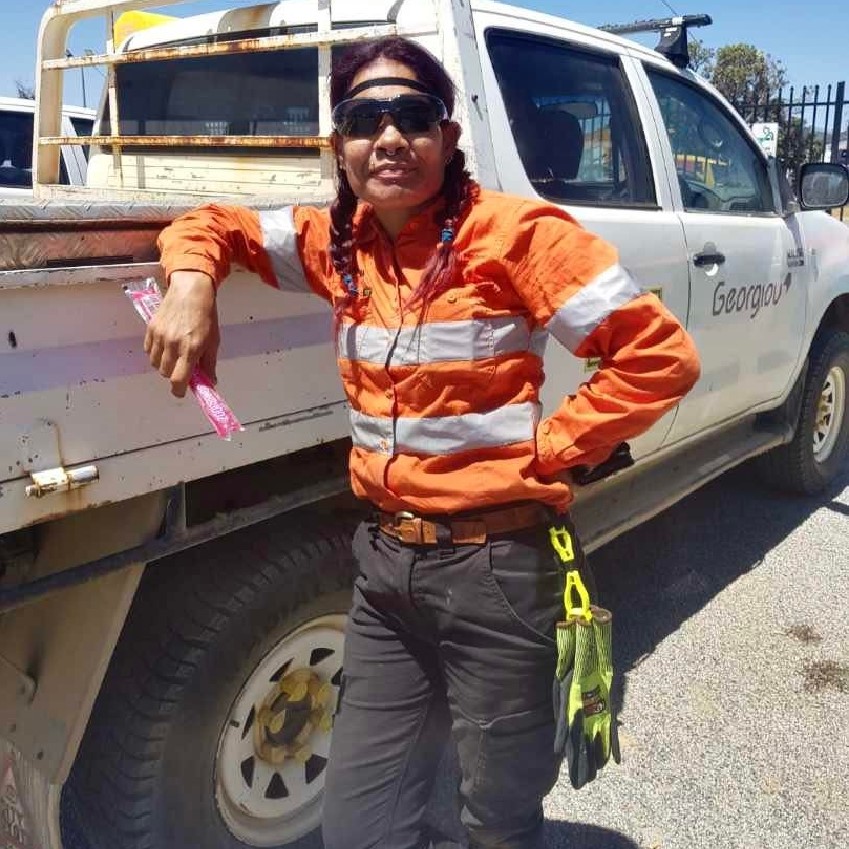 Katrina Cox has finally landed her dream job at 43, thanks to a life-changing course with  TAG.

The mother of three was one of 20 participants who signed up for Georgiou Group and Main  Roads WA’s pilot Infrastructure Ready Program, to work on the Leach Welshpool Alliance  (LWA) project.

As part of the program, a six-week course, delivered by TAG, was developed to increase the  skills and retention of long-term unemployed people on existing infrastructure projects, as  well as to help combat the State’s skills shortage.

A self-confessed tomboy, Katrina grew up with a love of trucks and other machinery and can  hardly believe she now gets paid to drive them.

“I’ve worked in all kinds of jobs, cleaning, hospitality, housekeeping, security, but this is  what I’ve always wanted to do – I love my big toys,” she said.

After moving to Perth from Broome two years ago, Katrina was too busy to upskill, focusing  on looking after her children and getting adequate support for her son who is deaf.

“When I finally got him on the NDIS, I knew I wanted to boost my training,” she said.

Katrina had already completed a Certificate III in Surface Extraction with TAG and knew her  way around a loader, grader and excavator, so when two of her fellow participants  suggested the LWA project and training program, Katrina jumped at the chance.

Katrina was the only woman among 17 to complete the Certificate II in Civil Construction. “After the six weeks we were told we might get a paid traineeship, and I found out pretty  much straight away that I was successful,” she said. “It was a great early Christmas present,  that’s for sure.”

Katrina was one of 10 course graduates employed full-time on the Leach-Welshpool  Interchange, and not long after her probation period ended, Katrina received a promotion. “There’s a lot of variety and I love working with people and learning new stuff. I really love  the dump trucks and rollers too,” she said.

Katrina has some sound advice for anyone thinking of a change in direction, no matter their  age or circumstance.

“I’d say definitely give it a go – never think you’re too old to learn something new, I feel like  I am finally doing what I really think is me,” she said.